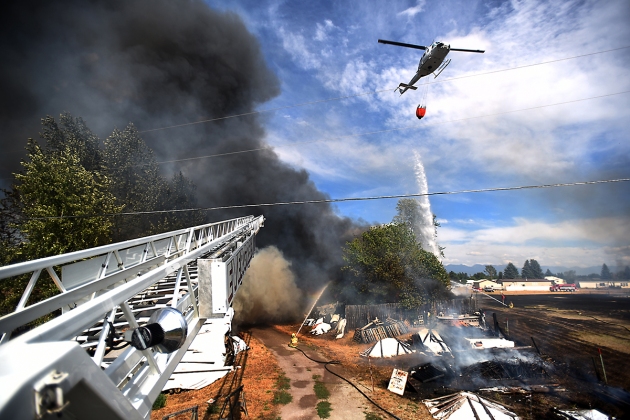 It would be difficult to pick a non-fire related photo to start with because the 2015 fire season was one for the record books. This is from the massive Evergreen fire in August.

Welcome to a brand new year! In true procrastinator style I have waited for the end of 2015 to write up my reflections on the year. In my defense, I don’t really feel my year is over. Personally, I have always counted my birthday (April 4) as my year, so by my reckoning I still have three months left. 🙂

This is the year I turned 40. That number seems impossible. I can remember being a child. My mother had this framed saying that she had cross-stiched which read: “Life begins at 40.” I can actually remember thinking, “Forty is ancient. How could anybody live to be that old?” Only now, I don’t feel ancient. I feel like life is just beginning. I wanted 40 to be memorable, and it has certainly been that. In many ways this has been one of the best years of my life. I’m excited for 2016, but I wonder how it could ever top 2015…

Still, the best day is the next day and I am so looking forward to what’s coming. But for right now, I have to stop and give a word of thanks for all the ways I was blessed this year. 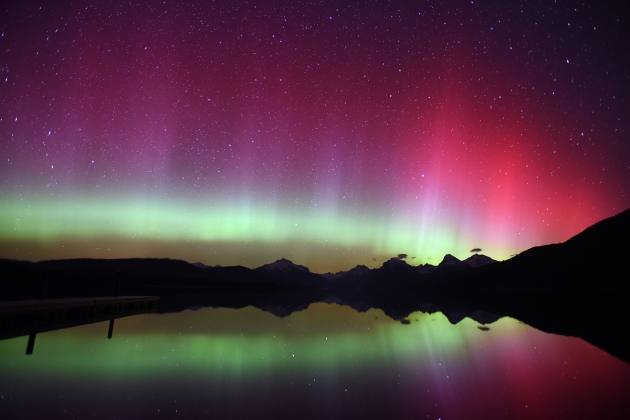 A view of the Northern Lights over Lake McDonald at 11:56 p.m. on Thursday, April 9, in Glacier National Park. (Brenda Ahearn/Daily Inter Lake)

My biggest news was this: For my sixth anniversary here in Montana I created a video retrospective of some of my favorite shots from my time here. I combined this with a song I fell in love with by Mike Murray called Bury Me in Montana (if you’re interested you can find it on iTunes on his album Tumbleweed). As of today the video has been seen 130,000 times.

If you want to see it, it’s at the top of my Brenda Ahearn Photography page on facebook. https://www.facebook.com/BrendaAhearnPhotography/

The other major milestone for me this year was having on of my photos published in Time magazine. It’s a bit odd, the way things hit me. I’ve been working full time for a newspaper since 2002. And I’ve been seeing my work get printed since 1996. One would think that after so much time, I would be pretty well immune to the thrill of seeing my work in print. Not so. I still get a kick out of it. I love it when I get the front page of the paper I work for. Or even one of the inside pages. All I really care about is that the printing looks good and thanks to our press guys most of the time, the prints look very good. I love it when I find the AP has picked up one of my photos and it went out nationwide or even worldwide. I’ve had photos show up in some pretty major papers. My favorite was five years ago when I got my first photo in USA Today. Ironically USA Today isn’t delivered in Montana. Go figure. Still, it was a thrill. And this this year… Wow. It started with an email: would I be interested in having one of my photos considered for publication in Time magazine. Hell YES!!!! Except, of course, I wrote something far more professional in response. And come to find out they loved the photo and wanted it. Were even willing to pay the Inter Lake fee to get it. After all, I shot the photo while on assignment for the DIL so I don’t own the rights to it. They lady at Time graciously sent me 5 copies of the magazine. It’s the October issue with Pope Frances on the front. I am so honored.

Copies of the magazine sent to me courtesy of Time, as well as the photo they published with a story on the popularity of adventure racing.

This year I photographed 14 families, 2 surprise engagements in Glacier, and 9 weddings. I got to see the Pacific ocean for the first time in too many years and I got to be a part of two of the best swing dance workshops ever followed by a trek to Seattle and some photos of the ones I love out there.

This was also one of the most epic years I’ve had medically. Three hospitalizations. I broke my left arm in April. I had surgery in June. And after photographing fire season in September I ended up in the ER with the most dangerous asthma attack of my life. But I survived. And as I look back at the fear and pain they only make grateful for this incredible life.

Now…how to organize all this? I’ve narrowed it down to my top 100 photos. And that was painful to do. But it’s still too much. So I am going to post these over the next three days. First off will be all my newspaper work. This includes my Scenics from Montana because frankly, our readers love them, and I’m lucky enough to work at a newspaper that let’s me put these kinds of pretty pictures in the paper. Then photos from the music and entertainment world. And finally, weddings and family stuff.

To everyone who shared this year with me, the good and the bad, thank you. I am so sincerely grateful.
Much love,
Bren 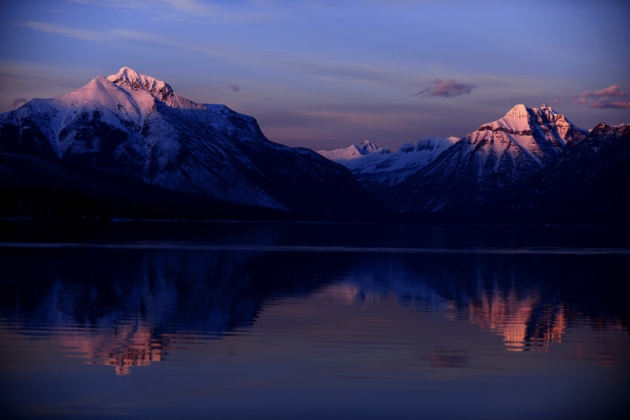 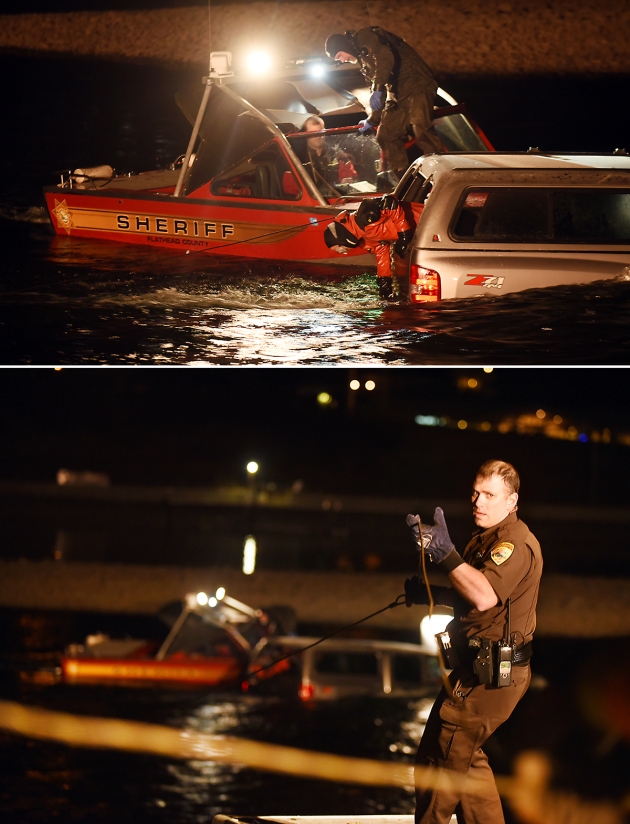 These two images started with a text from a Deputy that read: Truck in water in Bigfork. I never mind getting woken up at 2 a.m. when I get photos like this out of it. 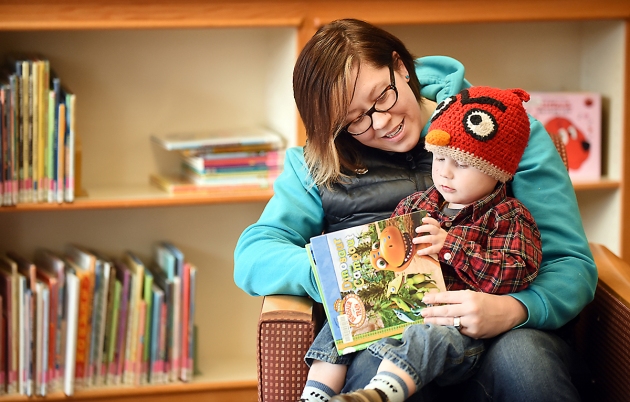 Eric Michael Krop, one of my favorite local talents. 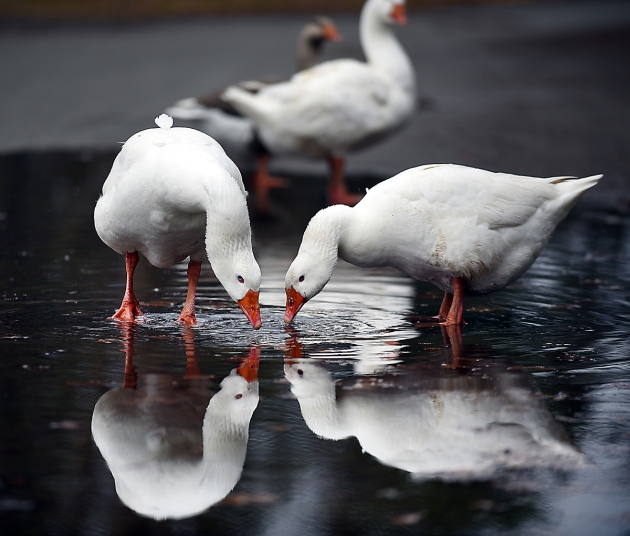 A view of the Northern Lights over Lake McDonald at 11:56 p.m. on Thursday, April 9, in Glacier National Park. 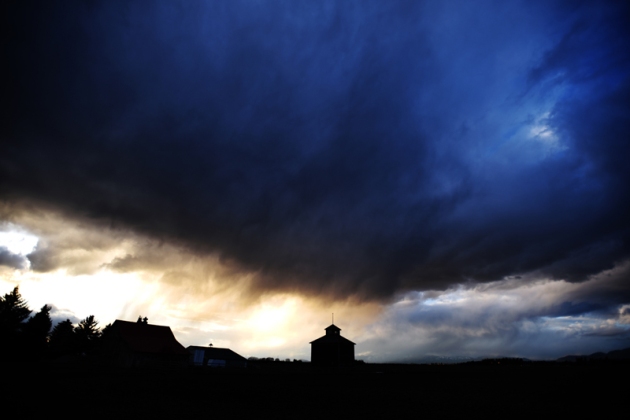 John Dunnigan at the Great Northern Bar in Whitefish, on Thursday, May 14. In the middle of a portrait session Dunnigan looked up, saw a friend and had to wave. 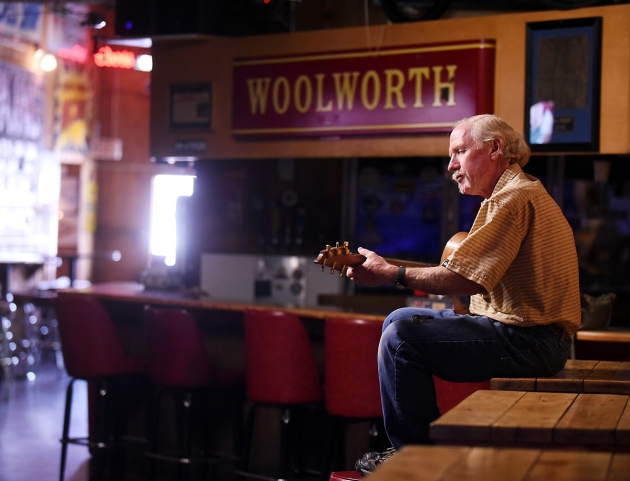 Of my photos of John Dunnigan this was my favorite. But for those who know his personality, the first image is more authentically him.

Structure fire in Columbia Falls. May 2015. 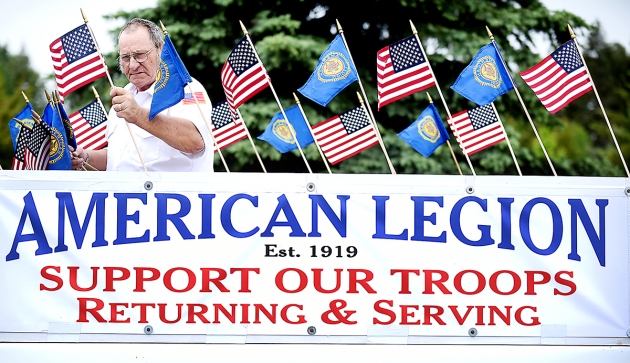 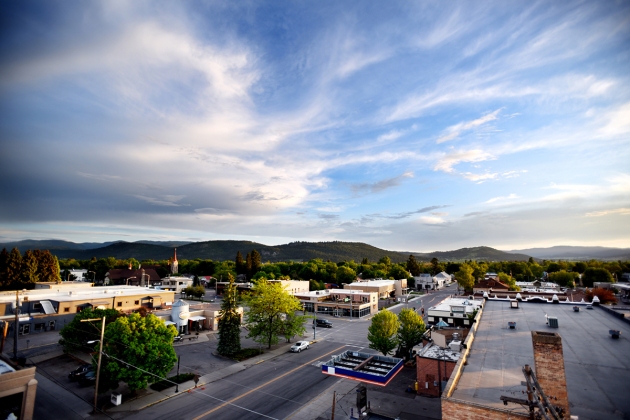 A view of Kalispell at sunset from the forth story tower of the Kalispell Fire Department downtown station on Wednesday, May 27. 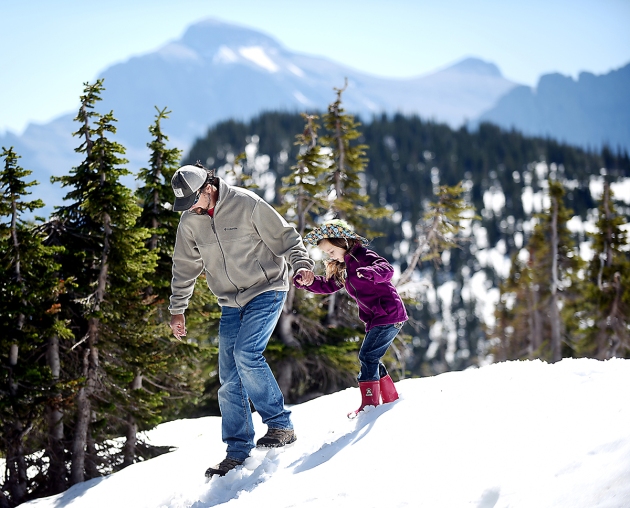 Snow in June in Glacier National Park. Oh how I love life in Montana.

“Gramma” Jean Livesay, 86, gets a hug from her neighbor James Francis on Friday morning, June 12, in Kalispell. Jean has been waving to students from the window of her Wyoming Street home for two years. For the last week of school she made a sign for her front yard and for Friday, the last day of school, she moved from her window to her front yard to wave at students and parents as they pass by.

I know photographically this photo isn’t much. But the story was fantastic. I mean really, how often does one hear the words “airborne” and “minivan” together? The van went off the road, went airborne, and landed on top of the red car. It was funny but that’s mainly because no one was seriously hurt.

A view of the main runway at Glacier Park International Airport. I am amazed sometimes at all the places my work takes me to…places that most people never get to see.

Daniel Kirk’s ordination as the new priest for Saint Herman’s. I wrote the story for the paper on this one as well as doing the photos. To see more of it go to: https://brendaahearn.wordpress.com/2015/08/14/too-close-to-the-story/ 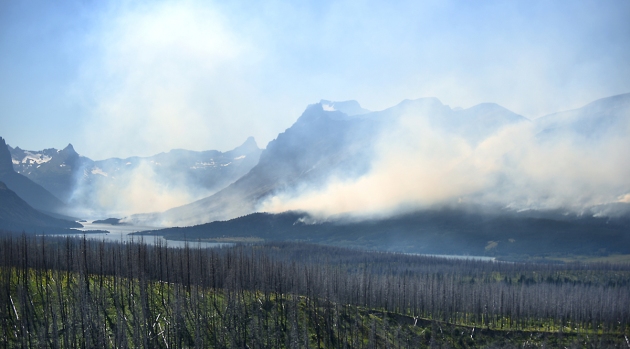 A view of the Reynolds Creek Fire near East Glacier on Wednesday, July 22. 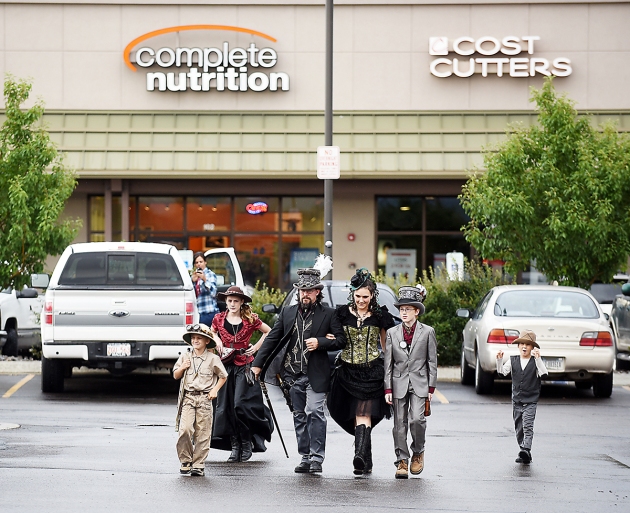 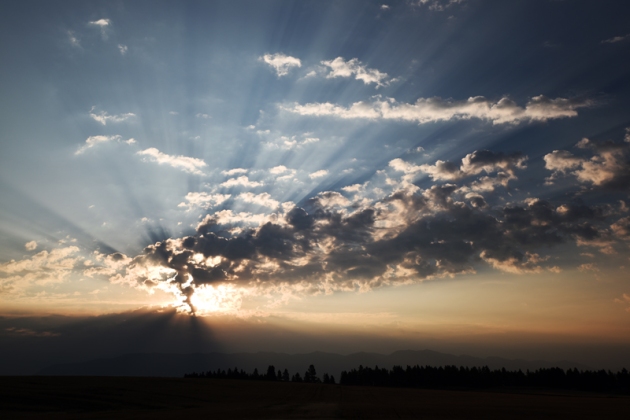 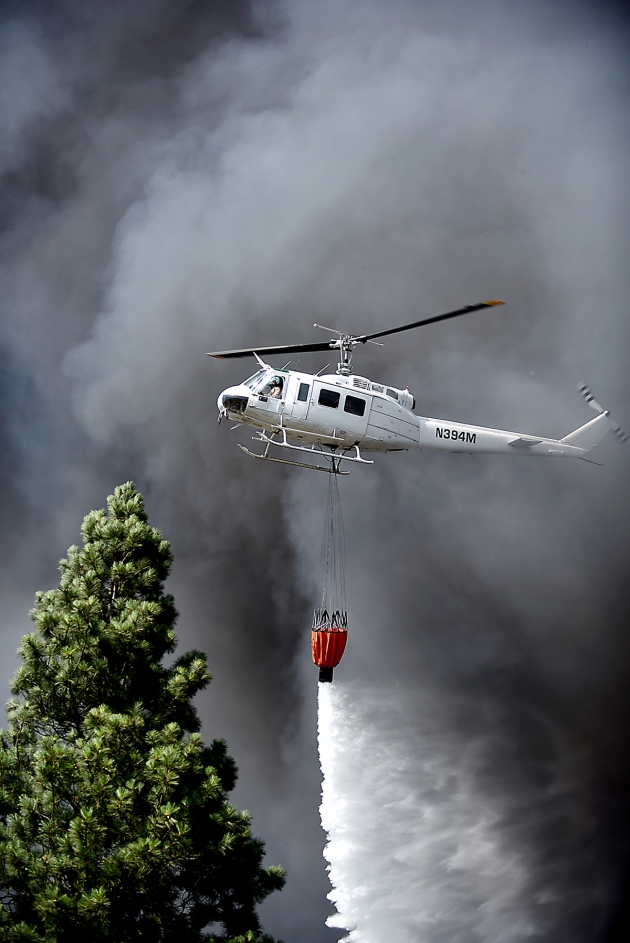 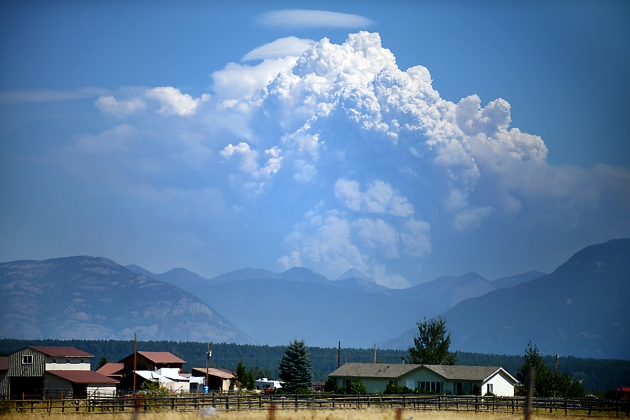 Smoke from the Thompson Fire in Glacier National Park pours into the sky in this view from Lost Creek Road and Farm-to-Market Road in West Valley.
This photo got picked up by the Associated Press and ended up in USA Today. Ironically, this photo was used nationally to illustrate the wildfires in California.

I’m flying in a Blackhawk photographing this Blackhawk. Life is so awesome.

This was my first photo back on the job after being in the ER for the most severe asthma attack of my life. Clean blue skies never meant so much to me before.

One of the most devastating wrecks I have ever seen: The driver of a Budweiser truck takes a moment off to the side of a collision with a Ford f250 truck on September 9, at the intersection of U.S. 93 and Farm-to-Market Road north of Whitefish.

Benghazi Memorial 9/11 ceremony in Bigfork Montana. This was the second year for the event and this year featured a former member of the CIA and founder of the organization DeliverFund, which is a group of former special forces operators now dedicated to rescuing victims of sex trafficking. I have written a blog about these guys and their work: https://brendaahearn.wordpress.com/2015/12/03/do-something-good-in-the-world/ 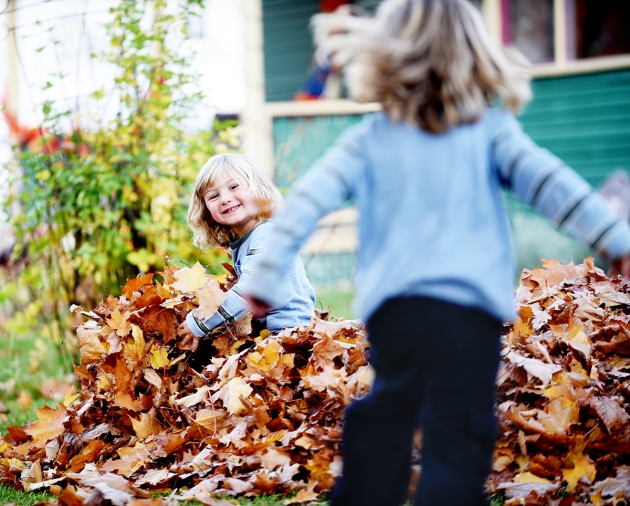 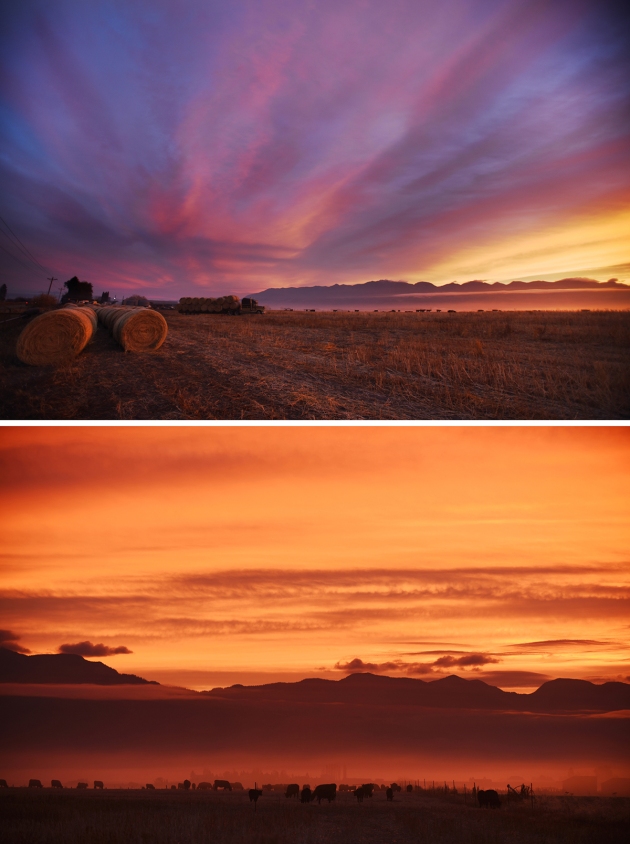 A colorful sunrise lights up the sky from Fairmont and Kinshella Road east of Kalispell on Thursday morning, October 22.
I posted both of these photos to the Daily Inter Lake Facebook page and we let the readers pick which one would run in the paper. The top photo was the hands-down winner.

Last year I wrote a story about USMC Captain Wayne Bolton. This year for Christmas Wayne ended up recovering from triple-bypass surgery. But he wasn’t alone for the holidays. The Marines turned out to Celebrate Christmas with him. Semper Fi!    Here is a link to the story of Wayne, one of the survivors of the Battle of the Chosin Reservoir, Korea: https://brendaahearn.wordpress.com/2014/11/27/remembering-chosin/